“Comitato Difensori della Toscana” is the name given to the committee founded by a group of citizens of Casole d’Elsa having the common interest of wanting to defend the territory in which they live and consequently their own future.
Connecting to its website (https://difensoridellatoscana.wordpress.com) you’ll find the information collected describing the risks menacing the Tuscan land, its inhabitants and its world famous landscape.
Anybody wanting to help us or to actively participate to our initiatives can contact us by email to the following address, difensoridellatoscana@gmail.com

The Canadian multinational MAGMA ENERGY ALTERRA POWER (competitor of the Italian ENEL GREEN POWER) asked and obtained permission from Regione Toscana to make researches and eventually exploit underground geothermal energy in those parts of our territory which hadn’t been assigned to the local National energy company, ENEL.
The area interested by the project is vast even if the name given to it, “Progetto Mensano” would suggest otherwise (Mensano being a very small village, part of the larger Comune of Casole d’Elsa) and it comprises almost the entire territory of Casole d’Elsa, part of that of Radicondoli, more than 50% of Colle Val d’Elsa’s, part of San Gimignano’s, part of Volterra’s and a small portion falling inside Castelnuovo Val di Cecina’s, for a total of 21,265 hectares (see map).

As well as raising some health concerns because of impact on the aquifer, this project could greatly disturb biodiversity and wreak aesthetic havoc on the landscape, even if from the little information available it appears that Magma promised that the installations should be one-storey and the pipes should run underground.  According to us, such long term costs are doubly tragic as the local energy plan clearly affirms there is no need for geothermic power in the foreseeable future.

What we also surprisingly discovered is that the vast majority of people living in the interested area are not aware of the fact that geothermal power stations are already scheduled to be built very near to their own houses. Very little is known about these power stations, not even how many they should be.
We think that people should have the right to be appropriately informed and this is the reason why we are hand distributing pamphlets in Casole d’Elsa as well as in other villages inside the interested area.
Additionally, in order to enhance and protect our territory (which through history has always  had the distinctive characteristic of being covered with thick forests, few farms surrounded by cultivated land and crossed by dirt roads) we have decided , like other committees before us (e.g. in Val d’Orcia), to apply for the proclamation of the landscape of our area as of exceptional interest.
OUR PETITION: SAVE THE TUSCAN LANDSCAPE (CLOSED ON MARCH 2013) REACHED ABOUT 3000 SIGNATURE

“SAVE THE TUSCAN LANDSCAPE” TEXT:
The extraordinary and unique beauty of Tuscany is widely known. many of you have visited and enjoyed its beauty which in parts is still reminiscent of the Renaissance, the cradle of European civilisation.
Tuscany has abundant energy because part of it ( Larderello ) has been sacrificed for thermal energy.
It is now proposed to extend the damage to this essential backdrop of the medieval hilltop towns for strictly commercial reasons by a North American company.
Signing the petition will help us fight this plan.
The European Convention on Landscape signed in Florence by members of the Council of Europe on October 20, 2000 and ratified by the Italian Parliament on January 9, 2006 (Law no. 14/2006), states: “Landscape represents a key element of individual and social well being, whose conservation, management and planning impose rights and responsibilities for every individual” and also expresses the imperative need to “set up procedures for the participation of the public, local and regional authorities and of the other bodies involved in the definition and execution of the landscape policy”.      (updated october 17, 2013) 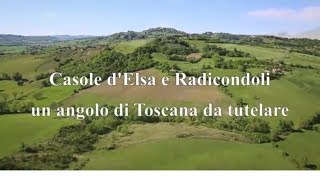 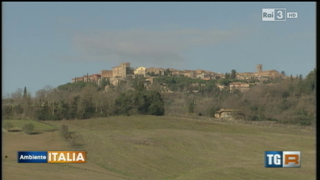 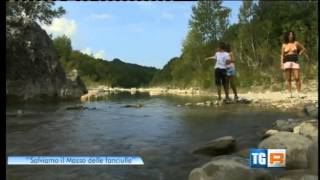 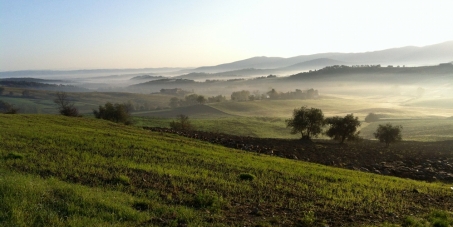